My inspiration for this artwork began with an article from City Lab by Richard Florida about Jane Jacobs. (12/20/2016) Jacobs wrote about her pessimism for the United States’ experiment with democracy. Her main question is “how and why can a people so totally discard a formerly vital culture that it becomes literally lost?” How do we dissolve to a place where facts have no meaning?

The election of #45 prompted Richard Florida to remember this particular Jacobs book, Dark Age Ahead, her last book written in 2005. This is not about Trump. It’s about all the things we’ve done collectively and individually to create the conditions where a populist backlash could succeed in electing an incompetent to the most important leadership role in our country. Of course, aided by the Russians—hence the spy—but we served up our country on a silver platter even before Putin let loose his computer hackers. 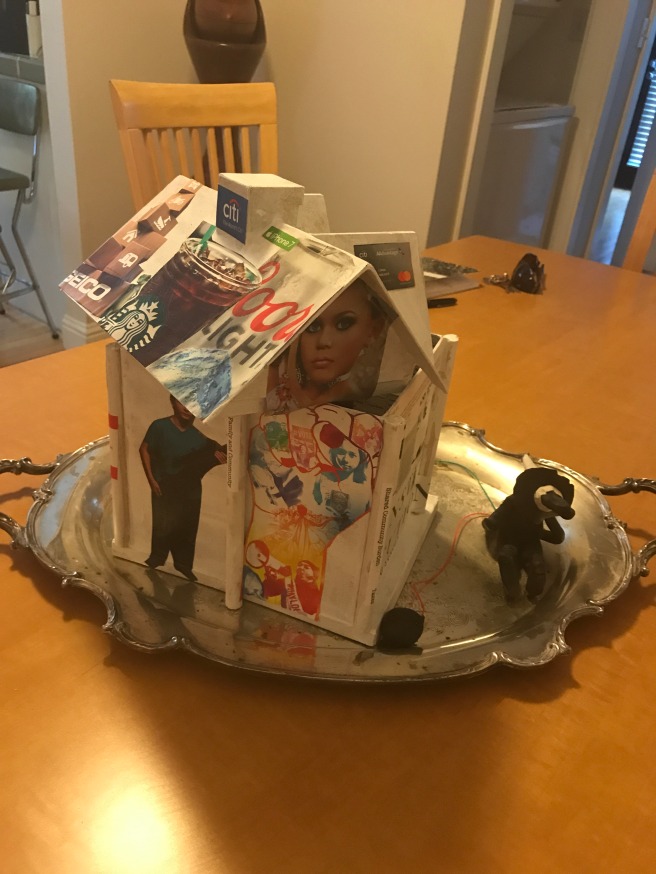 She named the five pillars of society that if we allow to decay or fail to protect from assault will lead to a new dark age. The first is family and community. The replacement of nuclear families from extended families makes housing unaffordable for many people or upset work/life balance. Materialism, market pressures and a brand culture erode community. She takes issues with automobiles as enabling self-interest over community interest.

The denigration of education into something of value only as a means of getting a better job weakens the second pillar. After desegregation, we began defunding public education throughout the United States. At about the same time, fundamental zealots separated themselves through homeschooling and religious schools that applaud an ignorance of science and post-modern ideas. It is also the failure of schools to adapt. Reforms resulted in testing instead of using the new brain science to create better learning environments. Higher education has lost complete touch with their mission by pricing themselves so high as to create an educated class of young people loaded with a debt burden that is becoming a drag on the entire economy. 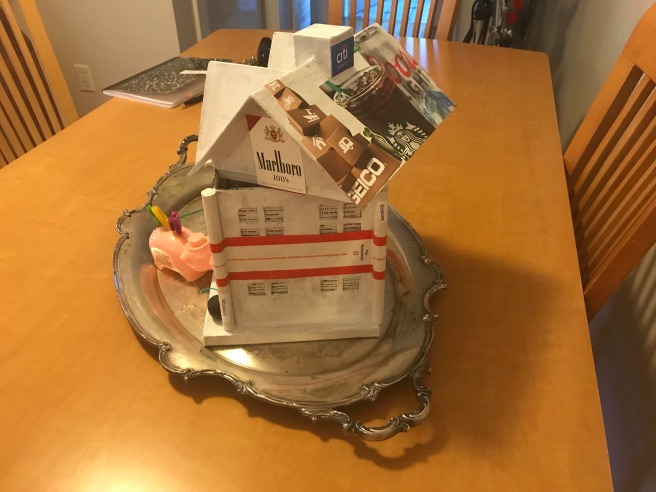 Science is the third pillar and Jacobs was concerned about science becoming dogma. I find it more like a two-headed dog biting itself. The one head barks to leave it alone to do it’s work without the burden of moral principles or ethics and no accountability for their impact—especially pollution to our planet. All while the other head measures discovery, technology, and the increasing peril to our every existence due to climate change.

The next to last pillar is the “dumbing down of taxes.” The political chant began “no new taxes” then it became “tax cuts,” which mainly benefited the wealthiest people and corporations. Then we are surprised that such selfishness results in the greatest divide between rich and poor since World War II. Our infrastructure is crumbling, our transit systems inadequate, and schools and prisons crowded because the majority of the population no longer understands “public goods.” Anything for the community is seen as waste.

The fifth and final pillar is professionalism and ethics. Jacobs calls it “learned professions,” and includes medicine, law, architecture, engineering and journalism. These professions give us our ethics and professional standards that set behavioral boundaries. These are under attack by “frauds, brutes, and psychopaths.” Not coincidentally immigrants often hold up these values more than other Americans and aspire to these professions, so newcomers also come under attack by native barbarians.

Pick up the roof and look inside. Our citizen is watching tv and he and his daughter are connected to wifi and distracting themselves from the reality of the house falling down around them. In high school history I learned that the Roman Empire fell apart because of the rot from within, and then the barbarians were able to swiftly conquer. It is more complicated but these stories ring true today.

What then shall be done? Jacobs saw cities are bulwarks against the darkness. And she believed in protest. It’s up to those of us who understand the reality, that we are all interconnected and we all benefit from a vital culture, to shore up the pillars of society. We should do it for ourselves, and for humankind.

Art and photos by Julie Pieper.

One thought on “Jane’s Playhouse”