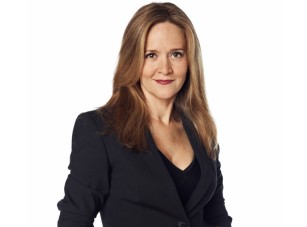 I have heard many people say we are living in the golden age for satire. I agreed before the election, but now I am wondering if I overindulged in satire at the expense of political action. Much has been said about the echo chambers we can create for ourselves on social media. Since almost all of the satiric comedy shows are left leaning lampooners of politics, they create a similar effect. We think because John Oliver, Samantha Bee, Trevor Noah, Seth Meyers, and Stephen Colbert all made sport of presidential candidate Trump with such gusto, it was easy to think that a kind of consensus existed about his unsuitability.

Malcolm Gladwell,  in his new podcast series Revisionist History, focused on satire in Episode 10. He begins with an interview with Harry Enfield who created a character to satirize the Thatcher administration. His Loadsamoney sketch went viral and yet seemed to do little to move political opinion or effect change.

The idea of satire is an ancient one. It gives the opportunity to speak truth to power, and by couching it in humor, give the speaker a chance to keep his head (literally in some cases). Unfortunately it may also do little more than entertain. And perhaps it leaves little space to consider issues seriously.  As Gladwell points out, some political problems can be solved and deserve more than to be laughed at.

He refers to an article by Jonathan Coe, in the London Review of Books, called “Sinking Giggling into the Sea.” He writes:

“Or perhaps we should give the final, gloomiest word on this subject to William Cowper, writing in 1785:

Yet what can satire, whether grave or gay? …
What vice has it subdued? whose heart reclaimed
By rigour, or whom laughed into reform?
Alas! Leviathan is not so tamed.

Despite all this, it always seems that successive generations of entertainers, bent on laughing people out of their follies and vices, remain optimistic about the power of anti-establishment comedy at the outset of their careers: it’s only later that reality kicks in. When Humphrey Carpenter interviewed the leading lights of the 1960s satire boom for his book That Was Satire, That Was in the late 1990s, he found that what was once youthful enthusiasm had by now curdled into disillusionment. One by one, they expressed dismay at the culture of facetious cynicism their work had spawned, their complaints coalescing into a dismal litany of regret. John Bird: ‘Everything is a branch of comedy now. Everybody is a comedian. Everything is subversive. And I find that very tiresome.’ Barry Humphries: ‘Everyone is being satirical, everything is a send-up. There’s an infuriating frivolity, cynicism and finally a vacuousness.’ Christopher Booker: ‘Peter Cook once said, back in the 1960s, “Britain is in danger of sinking giggling into the sea,” and I think we really are doing that now.”

Now it appears the USA is following.

I wasn’t the only one who found it intolerable to watch comedy in the aftermath of the election. E.W. in The Economist wrote in defence of comedy, and yet acknowledged: “Now the joke (of a Trump presidency) has mutated into reality. In the immediate aftermath of Mr Trump’s victory, laughter has proved difficult. Judd Apatow, a comedy behemoth involved in such films as “Anchorman”, “Knocked Up” and “Bridesmaids”, tweeted on election night: “One thing I do not want to watch right now—comedy about any of this. That’s how terrifying and disappointing this is.”

The E.W. article asserts that satire can still influence change, but must do it as an outsider. Perhaps now that the far right is controlling everything, they will regain an edge. Gladwell would probably suggest they can regain their relevancy by becoming sharper, such as Israeli satirists have done. My concern is that when you laugh at misogyny and racism you may normalize the behavior to some degree.

Rough seas ahead. Let’s not drown giggling into them.

3 thoughts on “Did We Overindulge in Satire?”