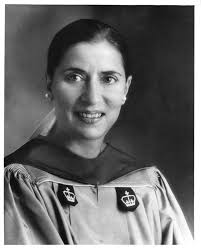 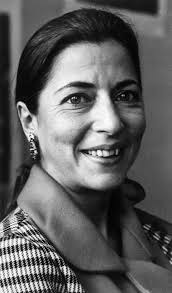 Justice Ruth Bader Ginsberg is an inspiration to many young girls and women of all ages. She has achieved icon status in a way that none of the other Supreme Court Justices. Her popularity has come late in her life and correlates with her role as “dissenter in chief.” She eloquently expresses the values of a great many people, based on national election results, one can say a majority.

I was conscious of her role and opinions on the Supreme Court but largely unfamiliar with her history as a litigator for women’s rights. So much of the freedom I enjoy is thanks to her work as a lawyer. Watching the documentary, RBG, with my mother (who is almost the same age as Ginsberg) was enlightening. My mom (and other older women in the theater) loudly whispered her agreement with something Ginsberg said or to tell her own story. Afterward we discussed how well she married, as her husband Marty loved her for her brain not in spite of it, and supported her ambition in ways that expressed her love–getting her to stop working and eat, keeping her laughing. RBG also works harder than anyone we know at any age bracket.

In the book Notorious RBG by Erin Carnon and Shana Knizhnik lay out in the Appendix how you can be like RBG:

She is a worthy role model for all leaders.

The U.S. Supreme Court 5-4 decision to recognize the right of everyone to marry who they love regardless of their gender was more personal than it might have been a few years ago. Since my involvement with CTI and the leadership program I have many more gay or lesbian people in my tribe. Marj Plumb (on right in photo above) was my executive coach for several years. I knew she was in a committed relationship with her love Tracy, but I was not so close to her that I knew they were married. But then when I moved to New Zealand we became facebook friends and I followed her posts as she and Tracy moved to Omaha, Nebraska for Tracy’s job. Suddenly their marriage was not legally recognized. They were named parties on the lawsuit against the State of Nebraska and ultimately their fate was in the hands of SCOTUS. I was thrilled to see the Huffington Post celebrate them as they have been leaders on this issue.

My own thinking on marriage rights had already evolved from conversations with my Panther tribe mates in CTI Co-Active Leadership program. It was such an intense experience and we grew to love and respect one another in a very deep way. One retreat we spent two evenings telling one another about a profound experience that has shaped us. Many of my tribe members shared the pain and rejection they experienced when they came out. This was the first time I knew someone well enough that I learned these intimate details.

Panther Dale was politicized by the battle over California’s Proposition 8 at the end of 2008.  He helped me understand that there was not a compromise that worked and why. I struggled with the arguments that I had heard at church and from conservative friends. Dale’s leadership–which included getting all of the men in the program to wear gay pride underwear!–impacted my thinking and by the end of 2010 I was ready to vote for marriage equality.

Another Panther Jen and her partner Leslie also challenged my beliefs around my faith. They are committed to each other and committed to Christ. This challenged all of the teaching I had ever heard in the evangelical church. I began asking new questions and seeking the Holy Spirit’s guidance.

Ultimately these perspectives and their leadership helped me make a shift to a new way of thinking. Of course this means that I am no longer comfortable in old places. I am not sad about this because my heart is bigger and I have a new perspective and there is no going back to the old way of thinking.

It was with a full heart that I celebrated the Supreme Court’s decision. Woop! Woop!