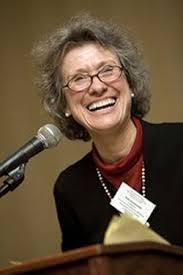 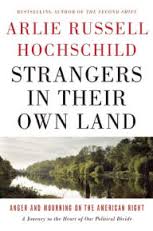 I was cycling down 18th Street–a quiet, leafy street in Midtown–when I saw another cyclist riding on the sidewalk. This always makes me angry because I feel it gives cyclists a black eye with pedestrians and motorists. Yet I am practicing staying curious instead of rushing to judgement. So when I pulled even with him I called out in as friendly a voice as I could muster, “Hey, why do you ride on the sidewalk?” Equally friendly he replied, “I feel safer.” This led to a dialogue where I shared that I actually feel less visible on the sidewalk, but that I do use them occasionally when I have to go the wrong way on a one-way street for a block. He shared that he often rides on the street too and he joined me on the street until we reached K Street and I turned off to the right. We wished each other a good day.

This was a civil exchange and much more pleasant experience than my fuming silently in anger. This is a very quick exchange and I may never see this neighbor again; however, it is good practice that helps me to continue to stay in this open place.

Listening to Ezra Klein’s interview with sociologist Arlie Hochschild on the Ezra Klein Show podcast (September 13, 2016), I realize that I can stretch to another level. She spent 5 years embedded in Louisiana culture to interview 60 individuals deeply and understand how they think and feel. She wanted to make sense of the gulf in values that are polarizing the USA today.

She intentionally acknowledged the deep stories and therefore her study subjects’ identities with the hope of building an empathy bridge. In her research she is seeking to understand but not necessarily to be understood. She turned off her own alarm system and set aside her own values with the purpose of learning, not convincing.

I have only just downloaded her new book Strangers in Their Own Land. I am curious how you build an empathy bridge and not lose your own moral center. I am sure the woman from Lake Charles, LA that she interviewed is a lovely person with many fine qualities. I had similar experiences when I made friends with conservation colleagues from Louisiana, Arkansas and Mississippi. Their hospitality is memorable; yet, I still found it very uncomfortable to visit their hometowns and witness the segregation that remains in their communities and the dominant attitudes that people of color are less than white people that some of them tried to defend.

On a different podcast, Stuff You Missed in History Class, they discussed John Brown’s civil action in Harper’s Ferry and how it influenced the Civil War. Taken together, these podcasts reinforce the idea that we are living through a non-military civil war. Our first civil war was a byproduct of the industrial revolution and the South’s economic dependence on agricultural plantations that could only function with slavery. Now we are going through a similar disruption where the two Coasts are transforming from manufacturing to service and knowledge economies, and the middle and south are being left largely behind.

What then shall be done? Practice patience. Stay curious. Extend compassion and empathy. Respect one another.